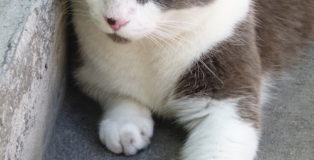 The words on the sign are very clear: “Please do not sit on furniture.” 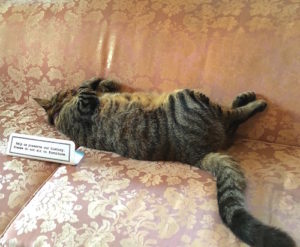 And yet there he was. Sprawled on his back with his feet propped against the brocaded fabric, he was snoozing away on the antique settee. Or maybe the offender was a she.

Whatever, the napping cat doesn’t have to read the signs or pay attention to them. These cats are special and they are pretty much allowed to do what they want. Read more... 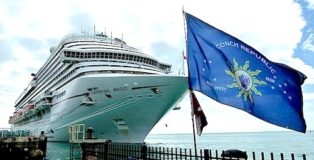 He strutted down the street like he was cock of the walk.

“He’s beautiful and he knows it,” a woman said, watching me try to take a photo of the confident rooster. 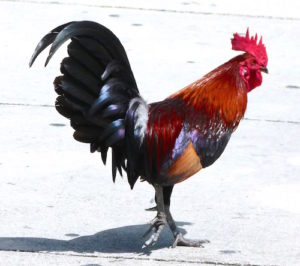 I think she was right. Perhaps this preening critter knew that he was a popular sight and that he could come and go as he pleased – protected by the laws of this American city. Read more... 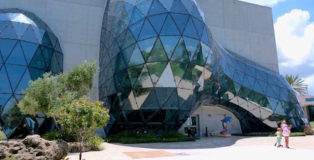 The shifting landscape beneath me seems to be pulling me down into its clutches. Creatures with tall spindly spider legs and long elephant trunks gallop across the horizon.

Alice Cooper appears from nowhere. Wait – was that really the shock rocker? What is Alice Cooper doing in my dream? Read more...

The Chickens of Key West

KEY WEST, Florida – He strutted down the street like he was cock of the walk.

“He’s beautiful. And he knows it,” a woman said, watching me try to take a photo of the confident rooster.

I think she was right. Perhaps this preening critter knew that he was a popular sight on cruise ship stops and that he could come and go as he pleased – protected by the laws of Key West.

A bartender along Duval Street told me that the scrappy little birds wandering the streets, yards, taverns, restaurants and everywhere else in this Florida community are descendants of ferocious fighters.

Even more chickens came when thousands of Cubans fled to Key West in the 1950s as a result of the Revolution. However, cock fighting was outlawed in the 1970s and many of the no-longer-wanted birds were turned loose. With easy access to meat and eggs in supermarkets, the backyard “grocery stores” were no longer necessary so those chickens also hit the road.

With few predators on the island (except hawks and feral cats) the “wild” chickens thrive on a diet of native insects and lizards. Several generations later, it is estimated that between 2,000 to 3,000 of these birds still roam freely throughout the island.

Although tourists like the colorful birds – and local artists have capitalized on that with chicken paintings, T-shirts, ceramics and even chicken jewelry – many locals are weary of the marauding creatures. Whoever thought roosters only crow loudly at the break of dawn is sadly mistaken. Passing headlights, flashing porch lights or any disturbance can set a rooster off on a loud concert long before daylight. Warnings from awakened sleepers to “shut up” seem to increase the crowing even louder.

The birds annoy homeowners by scratching up yards, flowerbed and vegetable gardens and by leaving “little gifts” on cars and lawn furniture. Territorial mother hens can seem a bit scary to unaware strollers. The chickens are regarded by some as a nuisance and a danger to public health.

But efforts to control the “invasive species” have met with strong opposition in notorious live-and-let-live Key West. To me, the scurrying chickens and preening roosters are a colorful part of the fabric of this unusual cruise stop.

Cruising to the Conch Republic 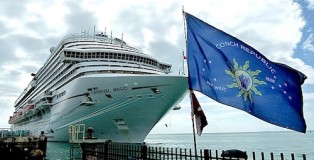 When I told a friend I was cruising to the Conch Republic, he looked a bit puzzled. “Is it in the Bahamas?” he asked. “Or maybe Hawaii?”

How did the far tip of Florida get that moniker? From what might have been the shortest the shortest naval battle in history.

“We declared war on the United States and threw stale Cuban bread at a Navy officer,” Key West guide Robert said. “It lasted for about a minute. Then we surrendered and asked for $1 billion in foreign aid to rebuild. We’re still waiting for that $1 billion.”

A popular stop for cruise ships, Key West knows how to make cruisers feel welcome. When my ship docked for the day in Key West, many of us climbed aboard a Conch Train open tram to tour around the unusual community. Driver Robert pointed out sites of interest and told us stories of Key West’s past and how it got its nickname of the Conch Republic.

The problem began in 1982 when U.S. Border Patrol set up a checkpoint at the entrance to the Florida Keys so agents could search cars for contraband. Since the checkpoint was on the only road into and out of the island chain, traffic was brought to a standstill. A 17-mile-long traffic jam resulted.

The roadblock angered residents, visitors and Keys officials who complained that the Keys were being treated as a foreign country. Citizens should be able to come and go more freely, they argued.

When their protests were ignored, Keys residents decided to secede from the Union. On April 23, 1982, the southernmost point in the continental United States did just that. They seceded from the United States of America and formed the Conch Republic.

“The roadblock was quickly removed,” Robert said. “That is why our motto is ‘We seceded where others failed.’ We celebrate that.”

In fact, a 10-day Conch Republic Independence Celebration is held every April. In a town known for its parties, the annual celebration is legendary. That is one thing I quickly learned to like about Key West.

In addition to its colorful characters, laidback atmosphere, renowned Key Lime Pie, balmy weather, many museums, fishing fun and fascinating history, Key West is the only place I know that publicly celebrates the end of every day. Folks gather in Mallory Square to salute the sinking of the sun and to watch for the famed green flash – a special glint of light in the water at sunset.

I think I could get used to that. Celebrate every day and live life to the fullest. Good philosophy to have no matter where you are. 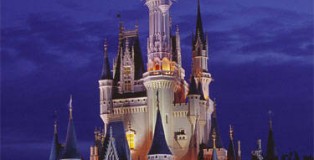 Let’s be honest, Disney offers magical experiences for every age and every person. They do this through a number of different venues, Disneyland in California – the original Disney destination, Aulani resort in Hawaii, a state which is also on our must-see list for 2013 to name just a couple. But it’s Walt Disney World, in Orlando, Florida that is really the item that every Disney fan needs to see. And for those who have been there before, so much has changed in the last twelve months that a new visit would be like visiting a brand new destination.
DestinationsDisneyFlorida 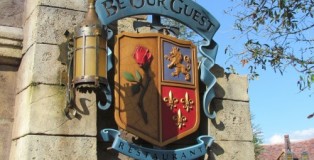 As the Magic Kingdom starts opening more and more of the New Fantasyland portion of the park, one huge standout is the “Be Our Guest” restaurant which offers both quick service and table dining service in a setting modeled after the Beast’s castle from the movie “Beauty and the Beast.”