Here are the judge’s comments:

Betsy Ross York Lowrey was eight years old before she saw her first movie. Her dad loaded up the family and took them to nearby Jamestown to see a first-run film.

What surprised young Betsy the most, however, was not the sight of actor Gary Cooper, the fast-paced action or the amazing story on the screen. What the youngster couldn’t get over was that the heroic story was about her own father.

“Daddy never talked about the war or what he did,” says Betsy, now 89 years old. “We didn’t know all that until we saw the movie.”

“We knew that we had a lot of company,” Betsy says. “People would come every day to see Daddy, but we never knew exactly why. They would just show up at the house.”

Before he was drafted into the Army, Alvin York had never traveled more than 25 miles from his home in the Tennessee hills. Apart from the two years he served in the military, York lived his entire life here near the tiny town of Pall Mall. It was here that he returned after the war and raised his family.

“Daddy really loved it here,” Betsy says. “He’s buried less than a mile from the log cabin where he was born.”

People still come to see the famous York home and Wolf River Cemetery gravesite. The Alvin York State Historic Site is a memorial to the man General Pershing called the “greatest soldier of the World War.”

From hell raiser to hero

Born Dec. 13, 1887, in a two-room log cabin in Pall Mall, Alvin York was the third oldest of 11 children. The York family barely eked out a living through farming and hunting. York had the equivalent of a third-grade education and earned a reputation as a hell raiser.

But that reputation changed in 1914 when York experienced a religious conversion.

After his best friend was killed in a bar fight, York attended a revival at the Church of Christ in Christian Union and was converted. Blessed with a good singing voice, York quickly became song leader and Sunday school teacher at the church.

Then came World War I. On April 6, 1917, the United States declared war on Germany. Less than two months later and just six months before his 30th birthday, York received his draft notice.

Because of his church’s stand against violence and war, York wrote at the bottom of his draft card: “Don’t want to fight.”

It made no difference. The excellent marksman who had no stomach for war was ordered to report to Camp Gordon, Georgia, for basic training.  Then he would be  shipped to France to fight.

York’s rise to fame resulted from his legendary firefight against the German Army in the Argonne Forest of France. On the morning of Oct. 8, 1918, York’s platoon set out to capture a railroad defended by German machine gunners. Most of the squad was killed or wounded in a torrent of bullets.

Armed with a rifle and a .45 Colt pistol, York returned fire. With the uncanny marksmanship he developed while hunting in the Tennessee backwoods, York picked off soldier after soldier. Twenty-five Germans had fallen when the demoralized enemy troops threw down their weapons and surrendered.

York and seven of his men marched their captives back to the American lines, taking more prisoners along the way. They returned with 132 prisoners in tow.

York’s remarkable feat was rewarded with more than 40 Allied decorations, including the Congressional Medal of Honor. French Field Marshal Ferdinand Foch awarded York the French Croix de Guerre, describing his battlefield action as “the greatest thing accomplished by any private soldier of all the armies of Europe.” 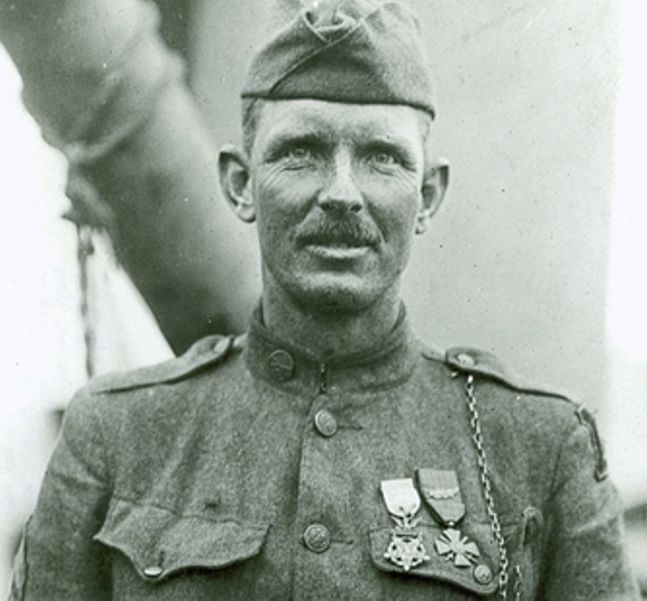 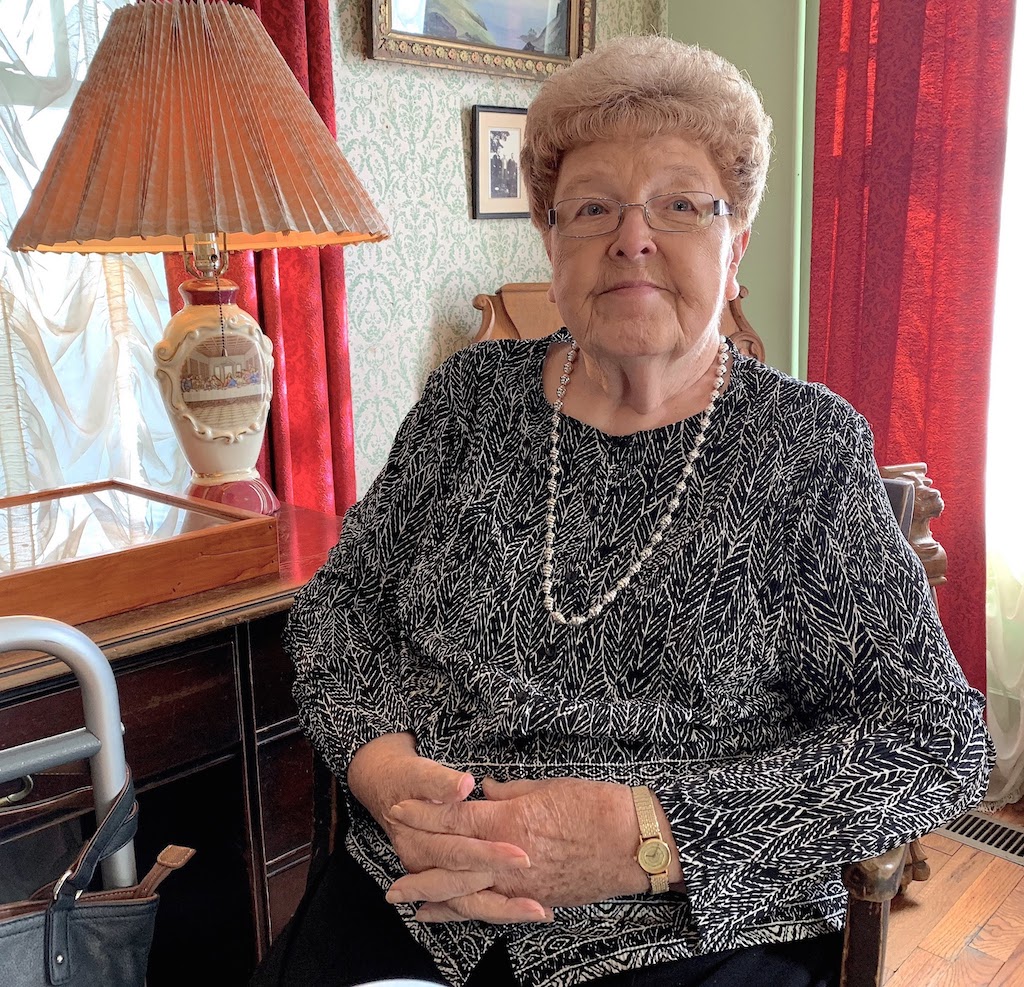 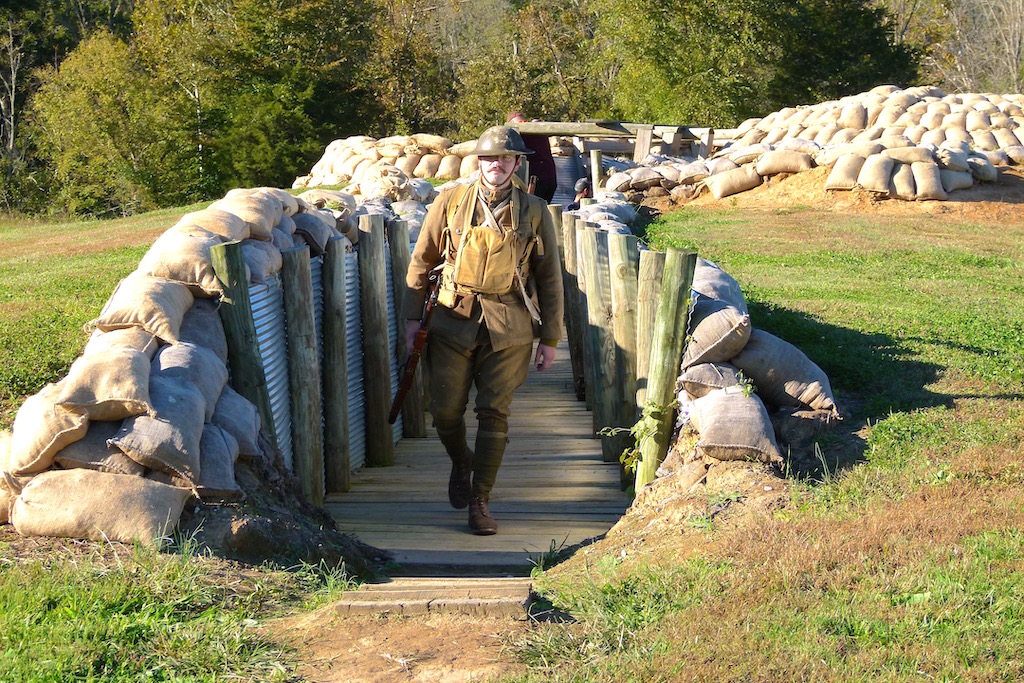 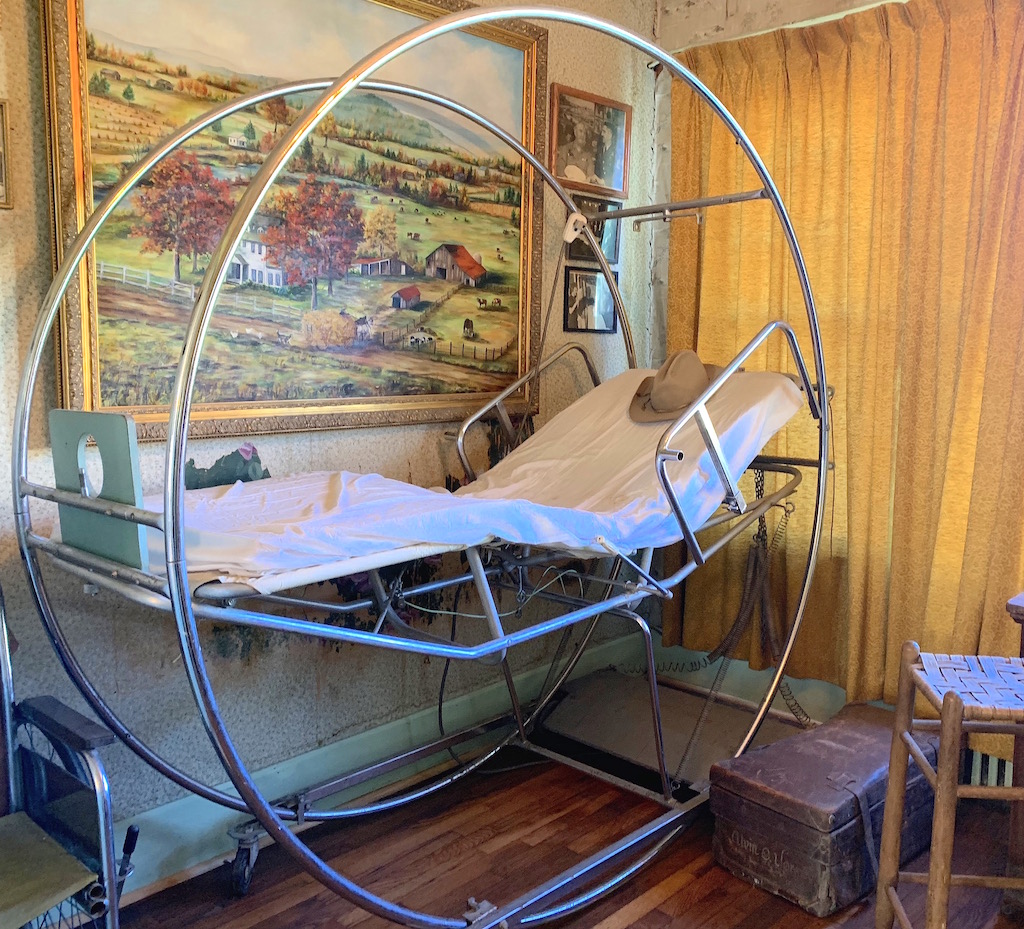 But his family would not have known of his heroism were it not for a flood of newspaper and magazine articles. When he returned from France in May 1919, York was shocked to find that he was a bona fide American hero.

Shortly after his return home, York married his long-time sweetheart, Gracie Williams. The couple moved into a new farmhouse on a 385-acre farm which grateful Tennesseans had contributed money to purchase. The Yorks had 10 children, with such famous American names as Betsy Ross, Woodrow Wilson, Thomas Jefferson, Andrew Jackson and Sam Houston.

In 1954, York had a stroke and spent the last 10 years of his life bedridden. He died in 1964.   Today, visitors can see the York home almost exactly as it was when the family lived there.

“We decided to leave it as it was,” Betsy says. “We didn’t see any sense in taking things out of it so it wasn’t like the family home.”

The special bed where the old soldier spent his last years is still set up in the couple’s bedroom.

The historic area also contains a gristmill that Alvin York operated in the 1940s, a grocery store/post office he built and ran and a recreated World War I trench.

“People have not forgotten Daddy,” Betsy says. “They still come to see him and see the place he loved so much.”