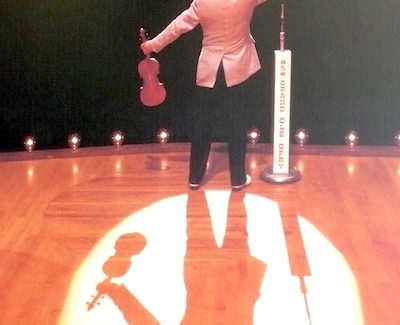 Passengers on American Queen riverboats now have another wonderful reason to visit one of Nashville’s most popular attractions when the boat docks in the Tennessee river city.

The cherished fiddle once owned by county music legend Roy Acuff is now in the permanent collection of the Country Music Hall of Fame and Museum in downtown Nashville.

The fiddle, which was found and given to Acuff by American soldiers stationed in Germany at the end of World War II, was donated to the museum by musician Vince Gill. Acuff and Gill had become friends when Gill began appearing on the Grand Ole Opry in the 1980s with Acuff. Gill bought the fiddle when he heard it was for sale.

“It felt important to me that the great Roy Acuff’s fiddle joins the ranks of other revered instruments in the museum’s permanent collection – including Maybelle Carter’s 1928 Gibson L-5 guitar and Bill Monroe’s 1923 Gibson F-5 mandolin,” Gill said in a news release.

“The fiddle was given to Acuff by soldiers during a time of war because of how much he meant to them,” Gill said. “He meant a lot to me, too.”

A singer, fiddle player, bandleader, songwriter, music executive and Grand Ole Opry favorite, Acuff was born in 1903 and died in 1992. He remained the face of the Grand Ole Opry from 1939 until his death in 1992.

“Roy Acuff’s prized fiddle is an important instrument with a remarkable story,” Kyle Young, Country Music Hall of Fame and Museum CEO, said in a news release. “Because of Vince Gill’s generosity, the museum is now the permanent steward of an instrument that illustrates cultural significance and the growth of country music during a period of great expansion for the genre.”

Built in Germany around 1890, the instrument is a copy of the highly-prized violins constructed by Austrian luthier Jacobus Stainer in the 1600s. Discovered in a bombed-out music store in Frankfurt, Germany, by soldiers from the U.S. Army’s 348th Engineer Combat Battalion in the waning days of World War II, the fiddle was sent to Acuff, their favorite county music performer, as a show of appreciation.

Liking the tone, Acuff made it his primary fiddle for many years. Items displayed with the fiddle include correspondence from 1969 between Acuff and John E. Johnson Sr. – one of the four servicemen who sent him the fiddle – and a letter signed by Acuff verifying this is the fiddle he personally carried and played on stages around the world and at the Grand Ole Opry.

For more information: Contact the Country Music Hall of Fame and Museum at (615) 416-2001, www.countrymusichalloffame.org 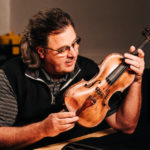 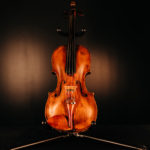 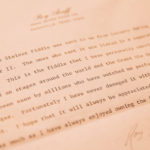 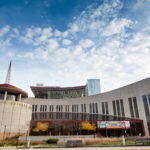 Cruise into Alaska on new Ocean Victory in 2022