Deviled eggs without mayonnaise? Potato salad minus the creamy condiment? Or a bacon, lettuce and tomato sandwich without that essential sauce?

A jar of mayonnaise is always in my refrigerator at home. But it wasn’t until I visited the beautiful countryside estate of Sant Joan de Binissaida in Menorca, Spain, that I learned the somewhat contradictory history of mayonnaise.

I always thought it was created in France. However, on my Menorca trip, I was told that mayonnaise is a famous Menorcan product. Makes sense, the name “mayonnaise” was originally “mahonnaise” in honor of Mahon, the capital city of the Spanish island of Menorca.

Anyway, I was given that history lesson as I watched Chef Paul Morales stir up fresh mayonnaise for us at Sant Joan de Binissaida. It’s a simple recipe that requires much powerful mixing which the chef did the old-fashioned way – without any mechanical devices.

Chef Paul also had dishes of mayonnaise already made for us to try – spicy, herbed, sweet, smoky, savory and regular. I loved them all. 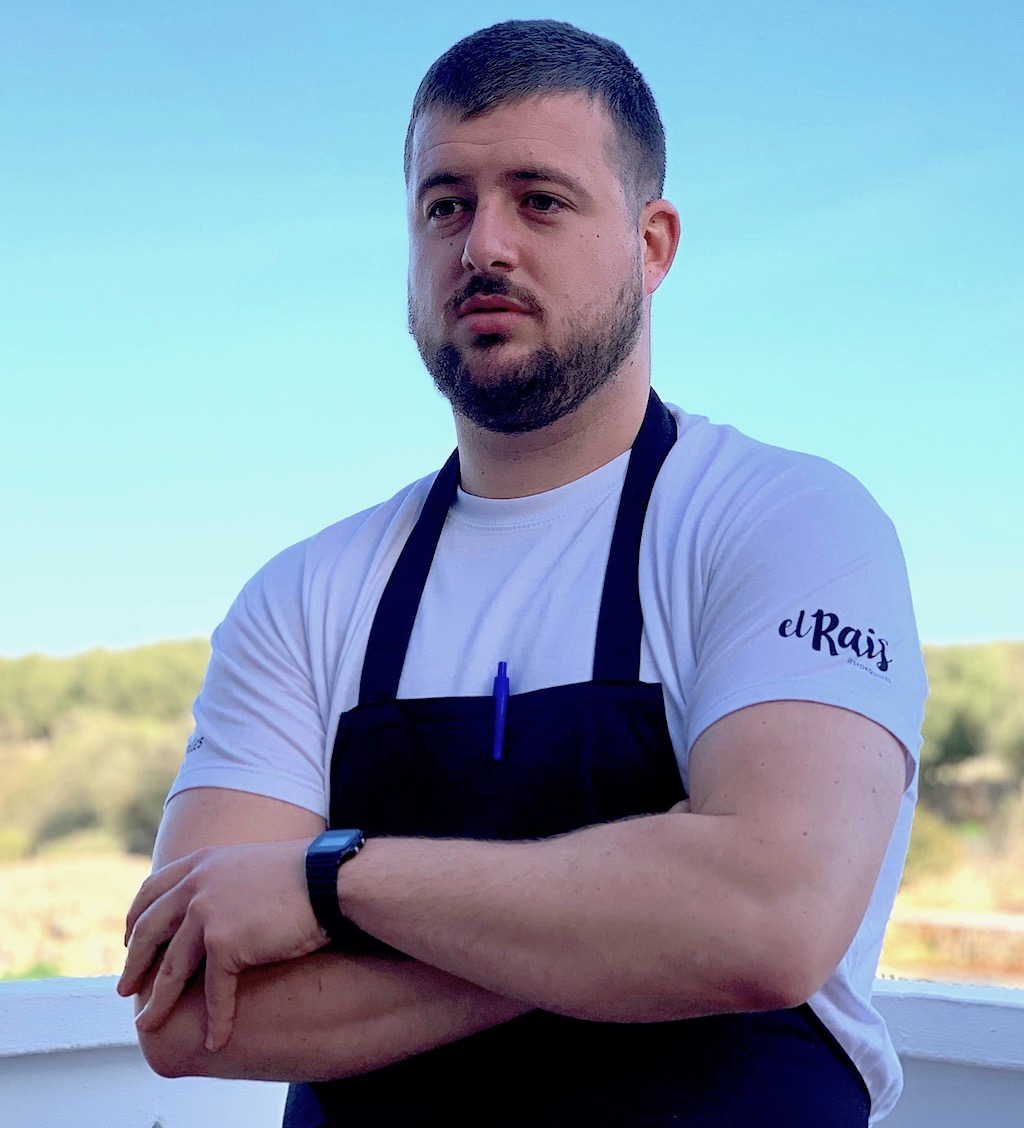 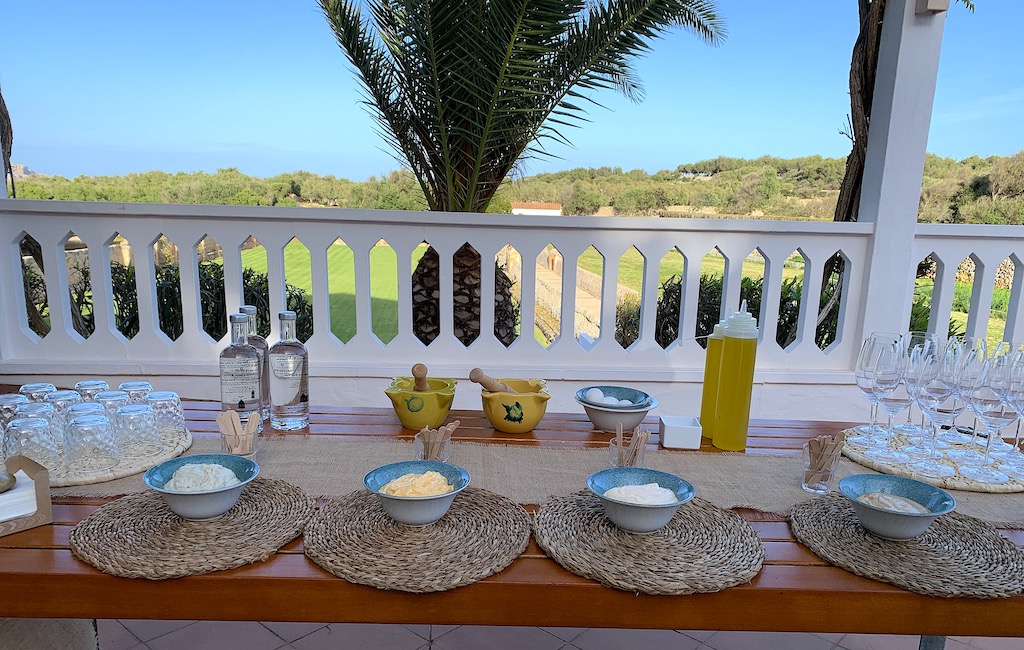 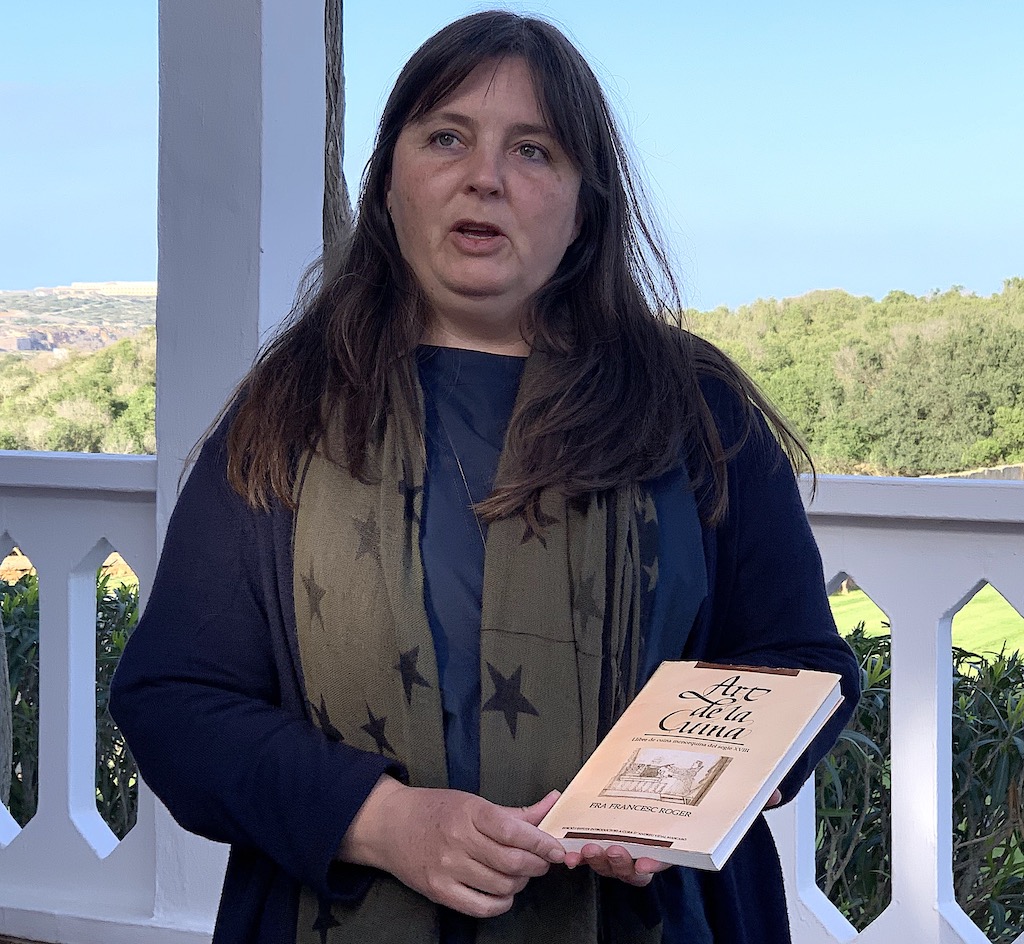 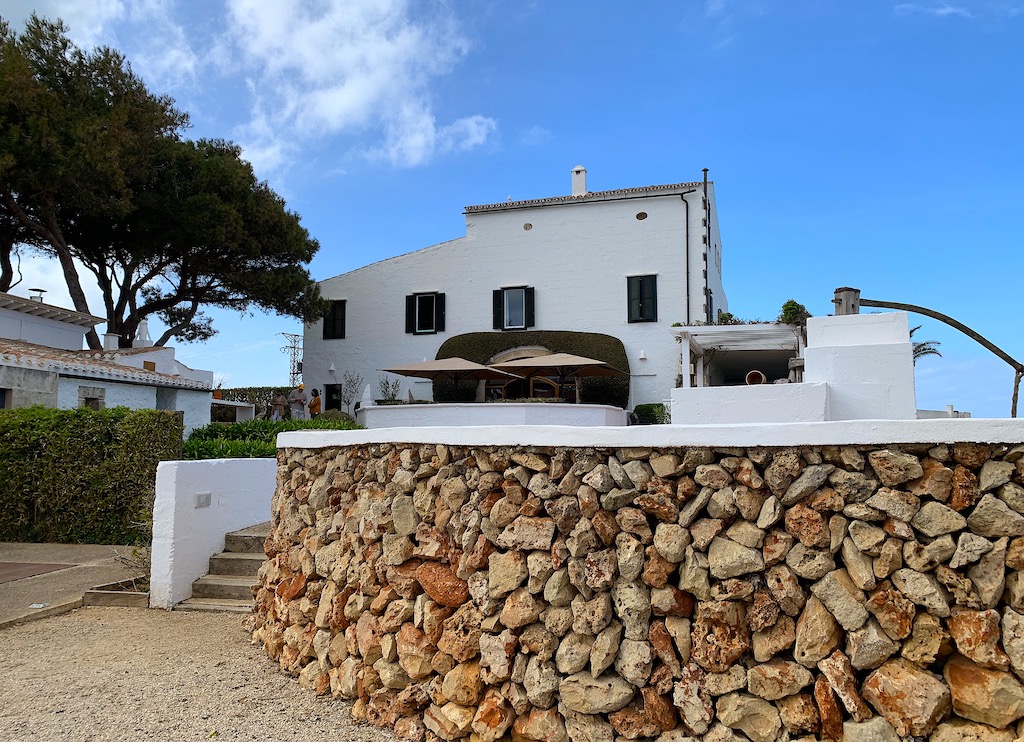 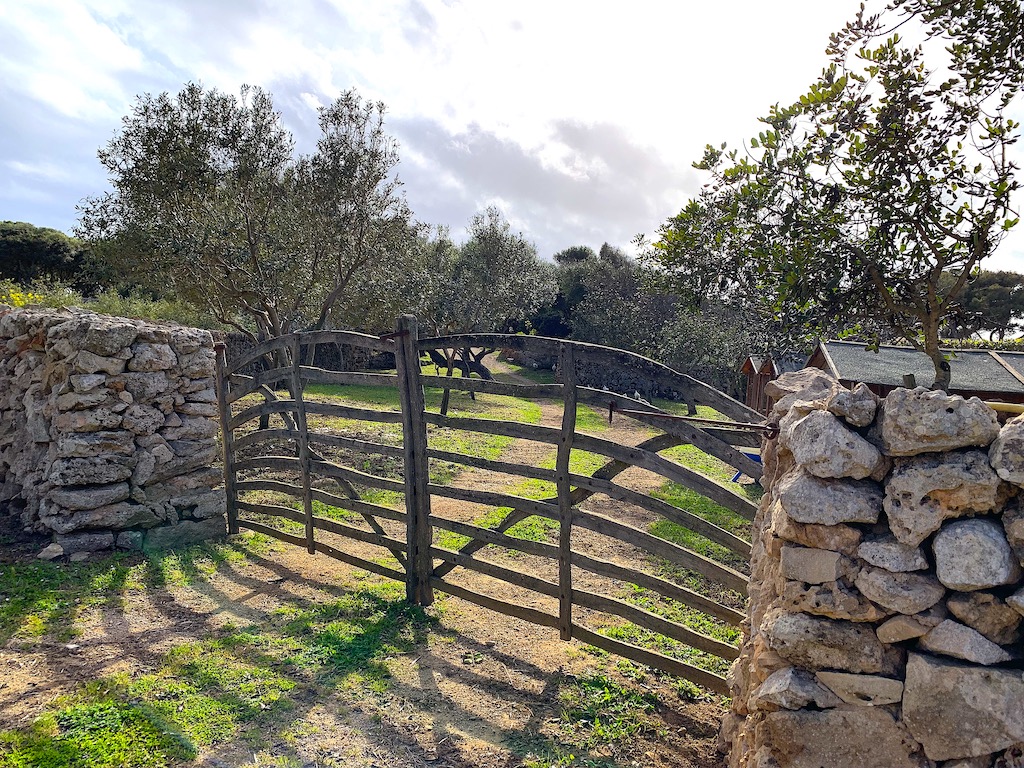 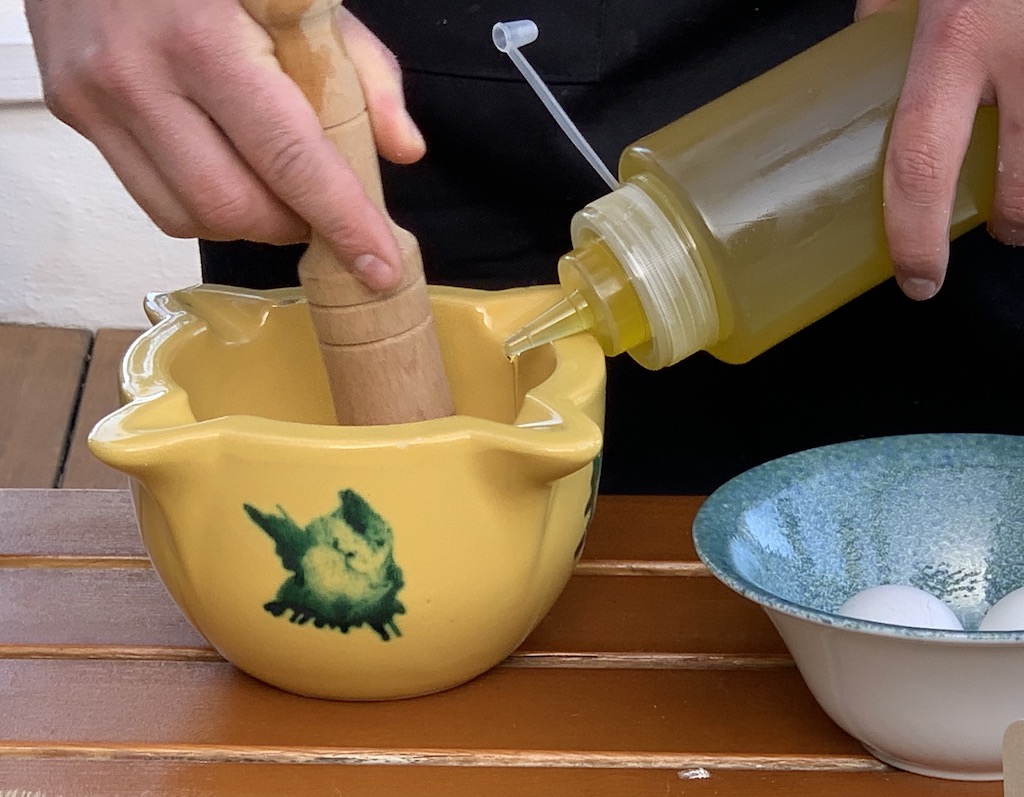 So for that story. It is said that following the French invasion of the island in 1756, the Duke of Richelieu stopped at a Menorcan tavern one night asking for something to eat. Because food was scarce during the invasion, the tavern owner served Richelieu some leftover meat with the local sauce.

The Duke thought the savory sauce was so delicious that he took the recipe back to France where it became known as mahjonnaise in honor of its homeland.

That’s one version. Another tale says that when Louis XIV dispatched his favorite general Richelieu to Menorca, the general’s cook had a hard time keeping his master well fed. Finally, the cook resorted to what he had at hand – eggs and olive oil and a bit of vinegar. With a bunch of hard stirring, the cook beat the mixture into what was christened as “la sauce mahonnaise.”

Still others say the recipe was an island favorite which Richelieu’s chef “borrowed” from Mahon residents. As proof, we were shown a 1750 cookbook by a Valencian friar named Francesc Roger. The first Menorcan cookbook “Art De la Cuina” (“The Art of Cooking”) contains a recipe similar to mayonnaise.

Earlier recipes of similar sauces appear in a number of Spanish recipe books dating all the way back to the 14th century. So the debate continues.

But, what I know for sure, is that I like mayo. My Dad used to whip it up when I was a child. Of course, we didn’t have any kitchen gadgets – not even a mixer – so Dad would muscle the mixture until he got tired, then convince one of us to do it for fun. Sort of a Tom Sawyer twist but it worked.

Back to Sant Joan de Binissaida. I wasn’t staying there. Just visiting to watch Chef Paul and learn more about mayonnaise but the resort is lovely and has a long history. The estate is mentioned in the first documents written by Jaime II soon after the Catalan conquest of Menorca in 1287.

Located at the entrance to the port of Mahon, the lovely farm is now a quiet country getaway for guests. The whitewashed 19th century rural manor house has 3,000 olive trees which produce olive oil bottled in the property’s own mill.

Sant Joan de Binissaida offers 15 bedrooms, a gourmet restaurant with its own vegetable garden, large outdoor pool, kids play area, massage service, magnificent gardens and more. Each bedroom has its own personality and is named after great composers, such as Rossini, Wagner, Verdi, Puccini, Beethoven, Strauss, Bach, Handel and Mozart.

The property is decorated with Menorca’s traditional drystone walls and elegant Menorcan gates made of wild olive trees. The curvy gate rails are sculpted by island artisans known as araders.

A young lady staying at Sant Joan de Bisssaida says she chose the farm hotel because she was looking for peace and quiet and was glad to have found it there. Seeing Chef Paul preparing mayonnaise on the terrace, she joined us for some samples and the history lesson.

For more information: Visit https://www.menorca.es/en/DiscoverMenorca to plan what to see and do on the island of Menorca. For more information about Spain in general, contact the Tourist Office of Spain in Chicago at (312) 642-1992 or www.Spain.info/en

Ed. Note: Please contact us for more information and to book a cruise to Spain! Crown Cruise Vacations | Cruise Getaways You Can Afford!