The rumble of snarling engines mingles with the thunderous roar of an estimated 100,000 people at Indianapolis Motor Speedway. Resplendent in a spiffy white suit, Carl Fisher drives the pace car, a Stoddard-Dayton roadster, to lead the pack of 40 race cars on the first of what would become a Memorial Day tradition.

Amid a haze of heavy smoke from burning fuel and oil, Fisher proudly motors along at 40 miles an hour, then veers to the left near the starting line. From the trackside, Fred “Pop” Wagner waves his red flag and the first Indy 500 on May 30, 1911, is on its way into racing history.

“It’s known as the greatest spectacle in racing,” said tour guide Joe at the Indianapolis Motor Speedway Museum.  “When you mention Indianapolis, the race is one of the first things that comes to people’s minds.”

Visitors from around the world are expected to arrive in Indianapolis this May to celebrate “The Greatest Spectacle in Racing” – the 106th running of the Indy 500 on Sunday, May 29. Thirty-three drivers. 200 laps. 500 miles. Drivers accelerating to speeds over 220 mph. One bottle of cold milk.

And it all started with a crazy idea. 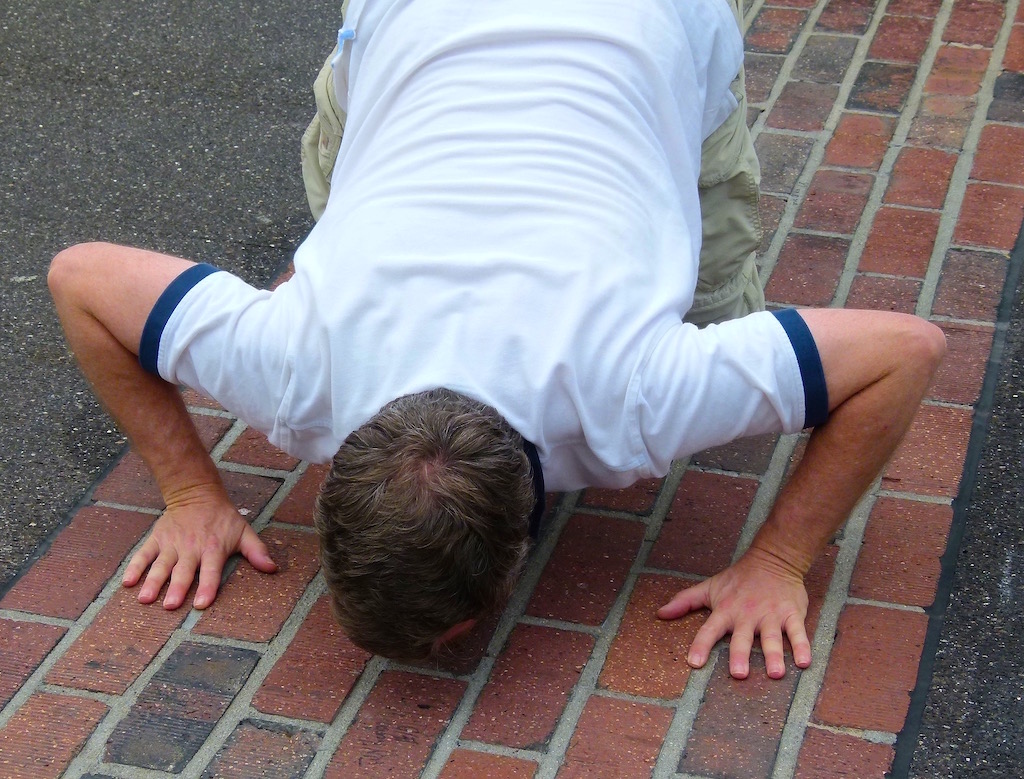 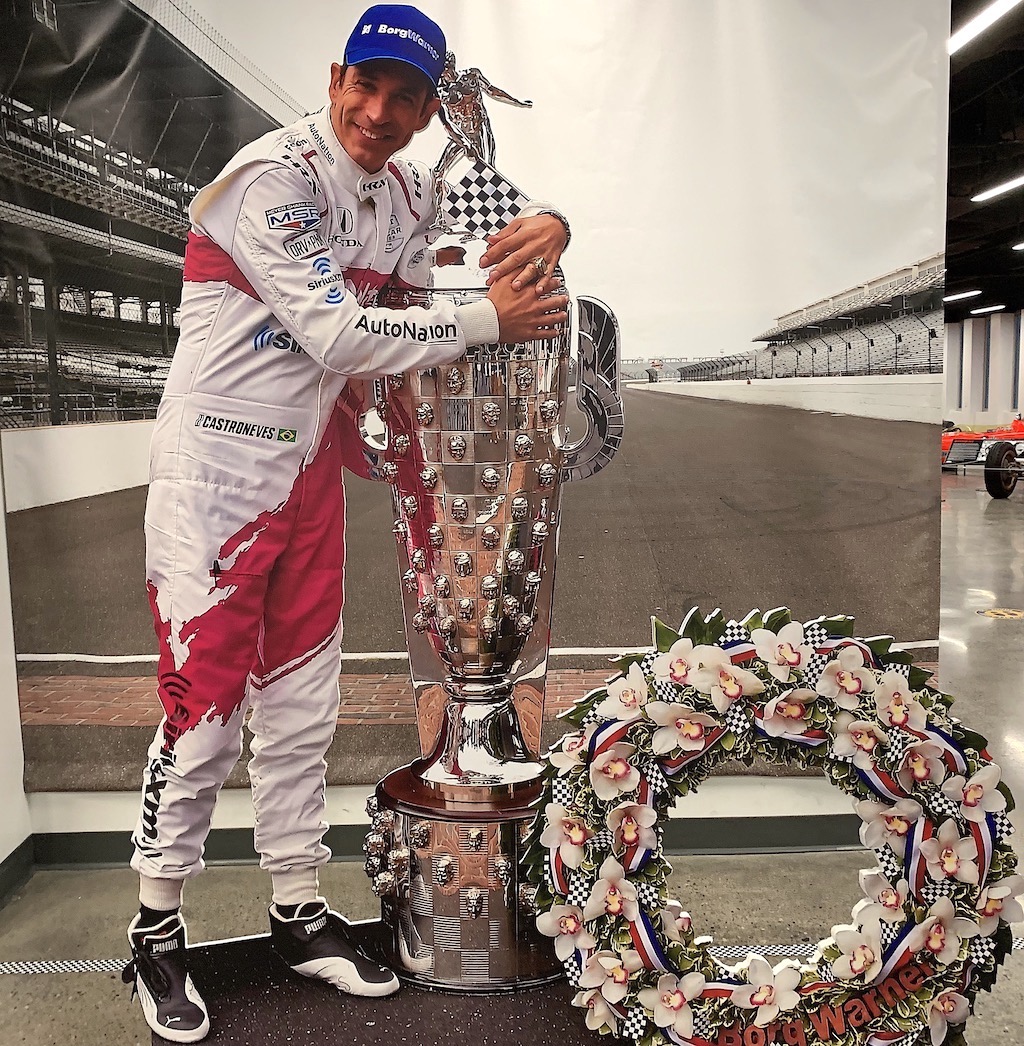 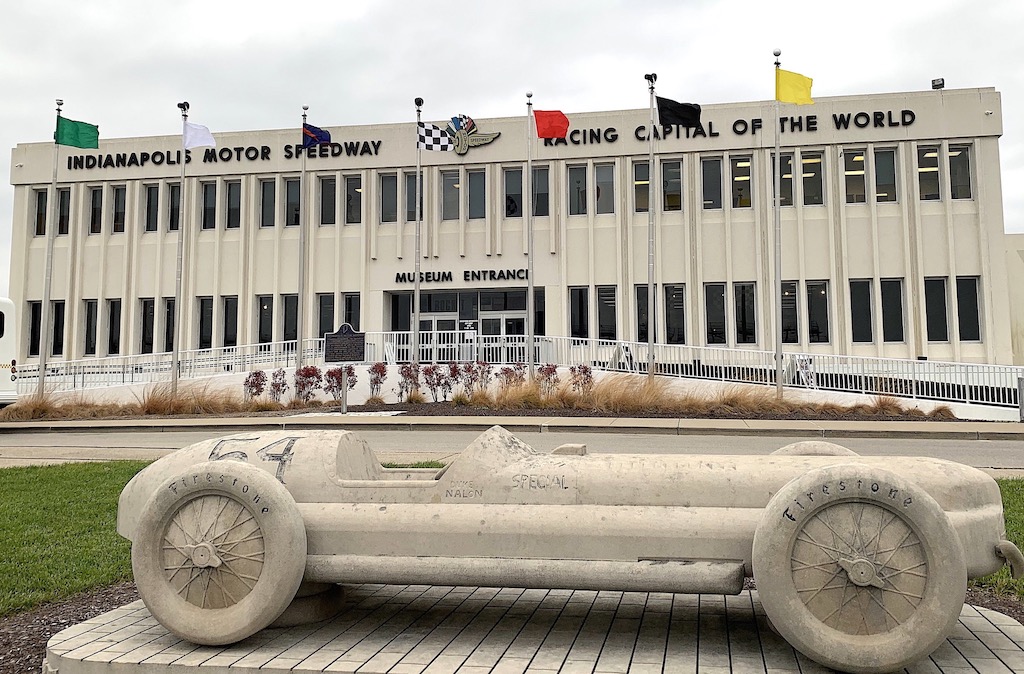 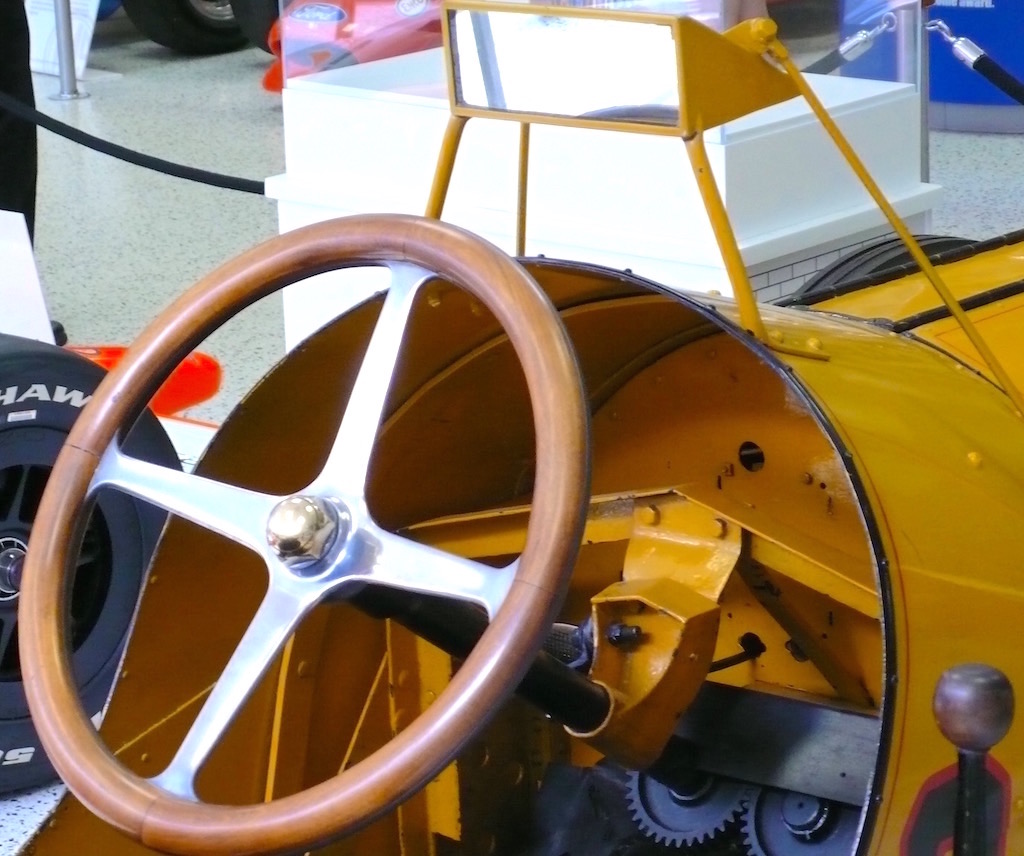 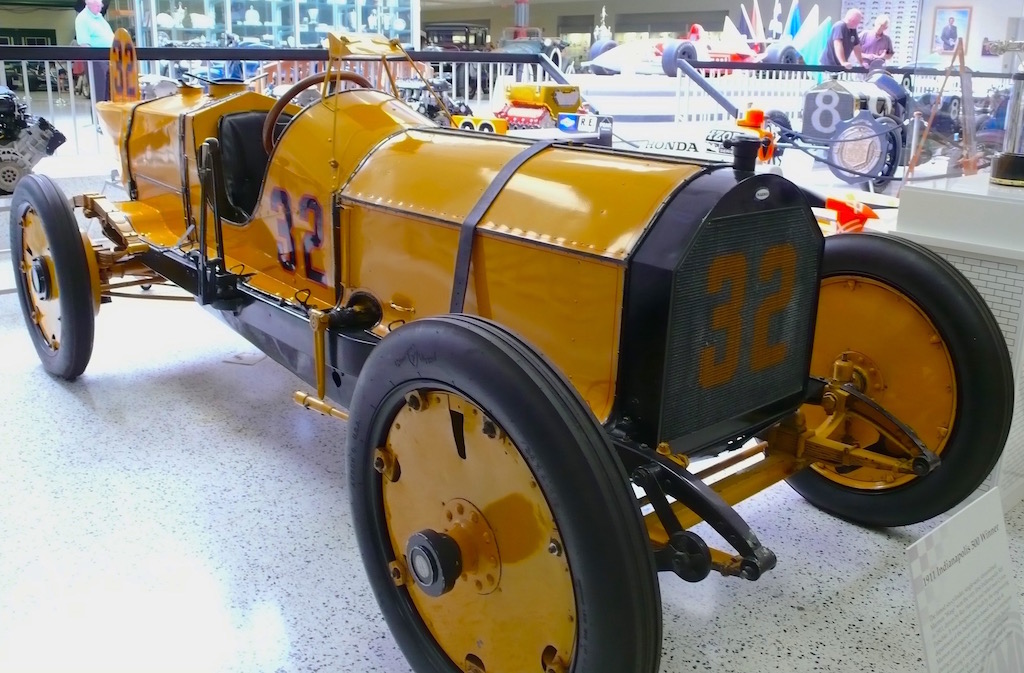 Birth of ‘The Brickyard’ and Indy 500

In the early part of the 20th century, Indiana was the second largest American automobile manufacturer behind Michigan. But all vehicles then could have used a higher testing standard. What this country needed, Indianapolis auto parts manufacturer Carl Fisher decided, was a good way of testing cars before putting them on the road. The best way to do that, Fisher thought, was to build a race track.

He pitched the idea to three friends – James Allison, Arthur Newby and Frank Wheeler – and the four men bought a 328-acre plot of land northwest of downtown Indianapolis for $72,000. Surfaced with a combination of crushed stone and asphalt, the track opened for its first auto race on Aug. 19, 1909.

The race was a treacherous one. The track’s surface broke up from the heat and the traffic before Louis Schwitzer won the first race of the day. To repave the track, study street-paving bricks were used – 3,200,000 of them. By the time the project was finished, the track had already been nicknamed “The Brickyard.”

To draw the public, Fisher and his partners decided they needed something big, something unheard of, a really spectacular one-day annual event instead of a series of minor races. That’s how the Indy 500 was born.

The inaugural Indianapolis 500-Mile Race was announced for Memorial Day 1911. Making it 500 miles was a big deal, meaning the race would last almost a workday between mid-morning and late afternoon. With the speed of cars in those days, it would take about seven hours for racers to run 500 miles.

The race generated big interest from the beginning and spectators weren’t disappointed. To put himself in the spotlight, as well as to let spectators get a better look at the competitors, Fisher decided to lead the cars around the track in a parade lap in his Stoddard-Dayton. It was the first known rolling start of a major car race and the first use of a pace car.

Among the race favorites was Ray Harroun who had come out of retirement to run the first 500. His vehicle was a yellow and black No. 32 Marmon Wasp, which he had designed. Driving the only single-seat car in the race, Harroun didn’t have room for a ride-along mechanic as did other cars to watch for danger.

Spectators were mesmerized from the get-go. Of the 40 starters, only 12 actually ran the full 200 laps. Harroun in his Wasp crossed the finish line with a time of six hours, 42 minutes and eight seconds. He covered 500 miles with an average speed of 74.59 per hour.

For a look at past races and racers, the Indianapolis Motor Speedway Museum is a popular year-round draw. Opened in 1976, the museum has a wealth of vintage cars, information about drivers, a recreated garage, trophies and interesting Indy 500 memorabilia.

The museum also owns two of the most valuable cars in the world – the 1965 24 Hours of Le Mans-winning Ferrari 250LM and a rare 1954/55 Mercedes-Benz W196 Grand Prix car, cloaked in a graceful, streamlined magnesium body.

For an up-close experience, visitors can take a racetrack tour in a van which stops to allow folks to get a photo kissing the bricks. Most of the track was repaved with asphalt by 1938 and the remainder in 1961. Today, all that remains of the original brick surface is a 36-inch strip at the start/finish line.

The brick-kissing tradition was started by NASCAR champ Dale Jarrett after his Brickyard 400 victory in 1996. Jarrett and crew chief Todd Parrott walked to the brick strip to kneel and kiss the bricks as tribute to the fabled history of the Indianapolis Motor Speedway.

For even more excitement, the Indy Racing Experience lets speed seekers climb into a two-seater Indy car behind a professional driver to feel g-forces in a car that can power up to 180 mph.

The race car experience is exhilarating. Nothing like zooming around the legendary Indy Motor Speedway, wearing a helmet and snug flameproof suit, hearing the powerful motor revving, feeling the car vibrating and wondering how in the world Indy 500 drivers do this hour after hour.