The classic story tells the tale of a determined little engine that, despite its size, triumphantly pulls a train full of toys to the waiting children on the other side of the mountain. 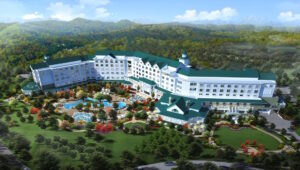 Currently 1.4 million children receive a book each month. Through the program, children enrolled the first month after birth receive a free, brand-new, age-appropriate book once a month in the mail. The first book is “The Little Engine That Could.” The last book when a child turns 5 is “Look Out Kindergarten Here I Come.”

Music was an important part of Parton family life. Before she learned to read or write, Dolly was “making up” her own songs. “My Momma used to write down rhymes I would make,” she says. 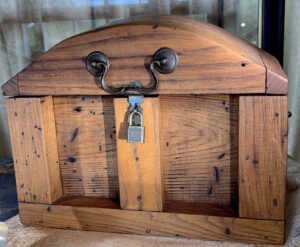 When she was about 3, Dolly “wrote” a ditty for her dolly. “The first song I ever wrote was called ‘Little Tiny Tassel Top’ about a doll my Daddy made me out of a corn cob,” she recalls. “It had corn silk for hair, and he burned in two eyes with a fireplace poker.”

When Dolly was 7, her Uncle Bill Parton gave her a guitar. Three years later, she got a big radio job.

“I met Carl my first day in Nashville at the Wishy-Washy Laundromat,” she says. Owner of an asphalt paving business in Nashville, Carl Dean has always shunned publicity.

Dolly herself has produced a children’s picture book, “Coat of Many Colors,” based on her hit song of the same title. The story tells of a coat she owned as a child that her mother had stitched together out of many different pieces of cloth. Although the other children at school made fun of her, Dolly took pride in her coat and the love that her mother had sewed into it. Her mother died in December 2003. Her father died in 2000.

Visitors to “Chasing Rainbows,” the museum devoted to Dolly’s life history at Dollywood, can see a replica of that childhood coat, as well as family photos and other memorabilia.

Dolly’s Dream Box at DreamMore Resort is to be opened on her 100th birthday.

From Our Family To Yours – Happy Holidays