A skittish elephant, some loud noises and a five-day rampage put the Hoosier city of Wabash on the front pages of newspapers around the nation eight decades ago.

“The story of Modoc the elephant was covered by every newspaper in America,” says TJ Honeycutt, director of archives at the Wabash County Museum. “World War II was going on and people were happy to read about something else for a while.”

It all started on Nov. 11, 1942, when the Great American Circus set up for its sixth annual Armistice Day fundraiser at Wabash High School. Stars of the circus animal act were three gray Indian elephants – Judy, Empress and Modoc.

“Reports differ on what caused the loud noise that scared the elephants,” TJ says. The rowdy sound was either dogs barking or school boys raising a commotion.

Whatever the cause, the three pachyderms tethered outside the school were spooked and broke free. Empress and Judy simply strolled to nearby neighborhoods where they raided a woman’s basement and were quickly captured.

The 1,900 pound, 12-year-old Modoc, however, ran amok through Wabash and surrounding areas for five days.

Modoc’s first stop was when she smelled the heavenly aroma of freshly roasted peanuts from Bradley Bros. Drug Store. Following a woman wearing a fur coat, Modoc busted through the front door of the 1873 red-brick building.

“Modoc then picked up the woman with the mink collar who immediately fainted,” TJ says. “Modoc put her back down, unharmed. Then Modoc ate all the peanuts she wanted.”

After gorging on peanuts, Modoc smashed through the pharmacy’s back door and headed for a cigar store across the street. Sensing nothing to her liking, Modoc traveled on. Plodding through farm fields, Modoc waded into the Wabash River, reportedly crossing five times. 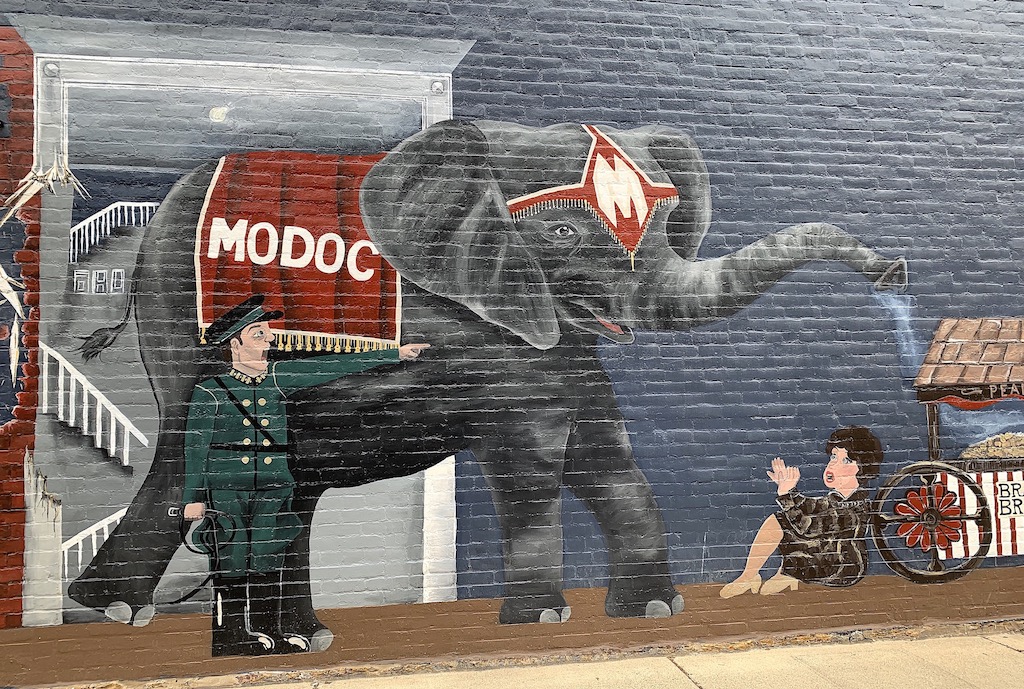 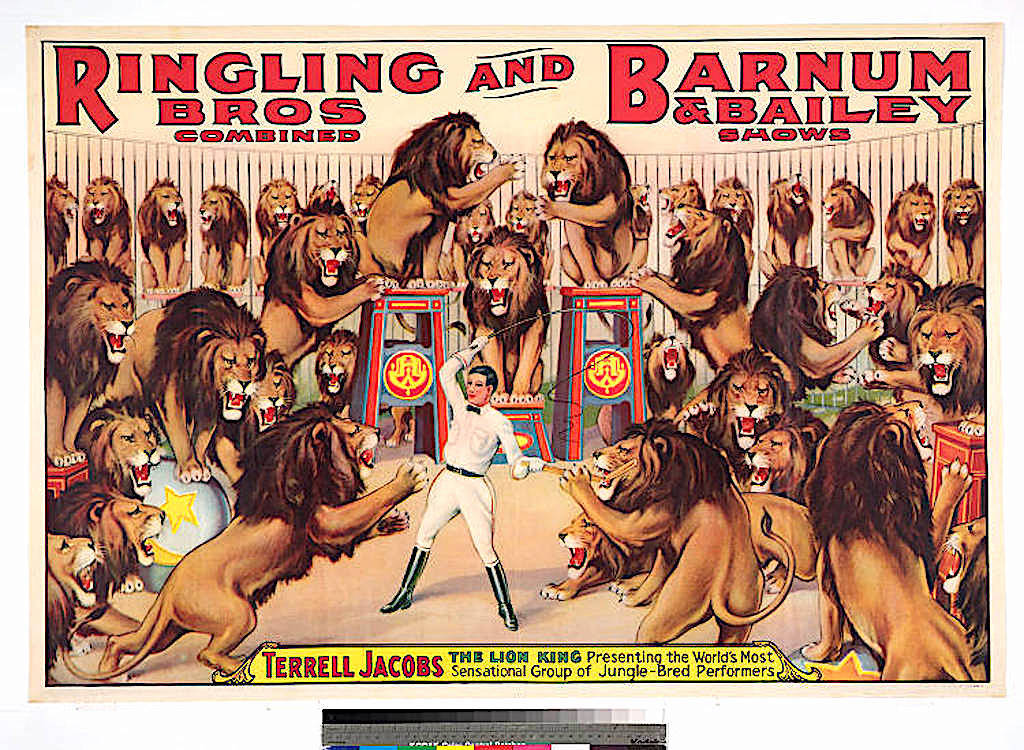 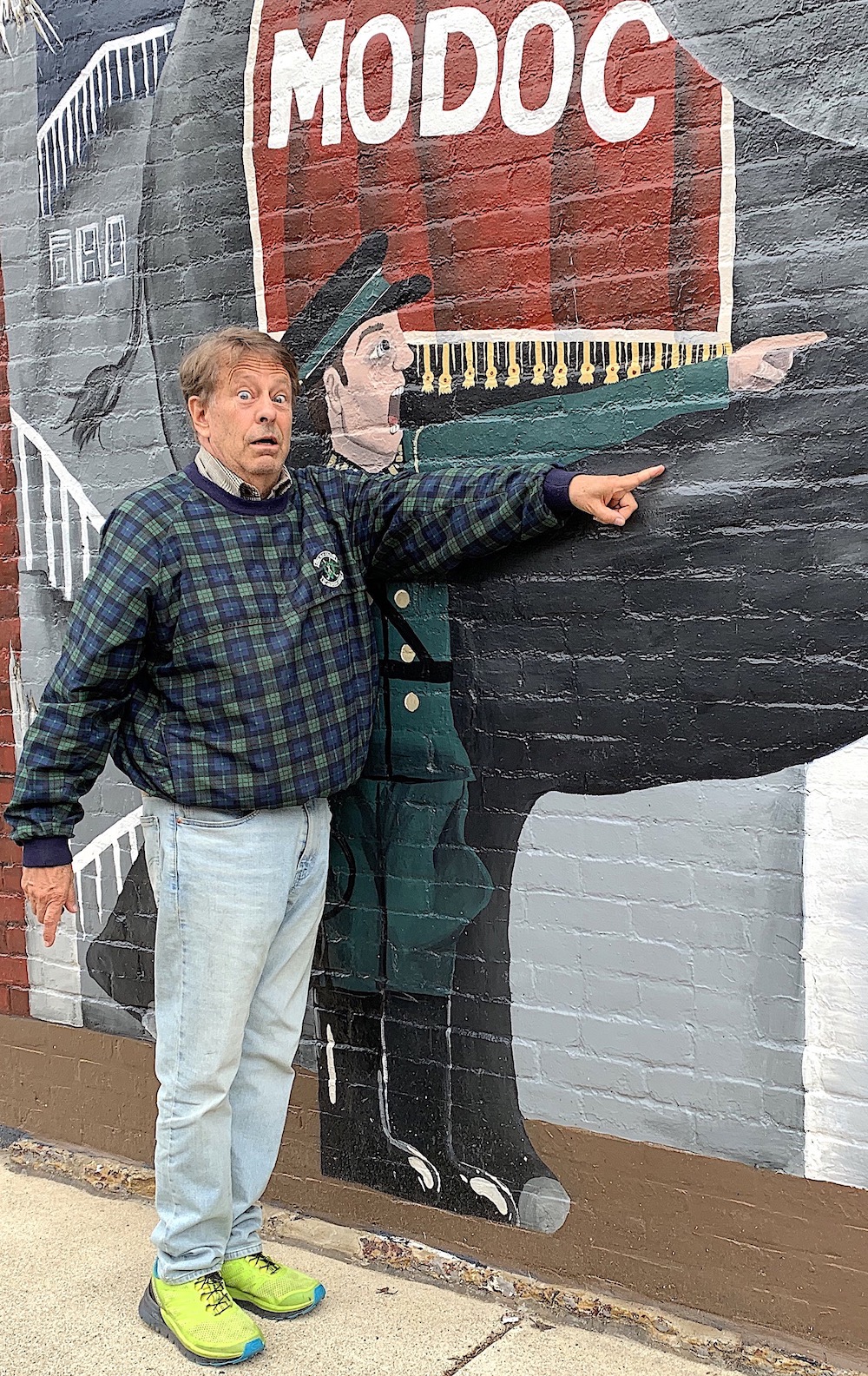 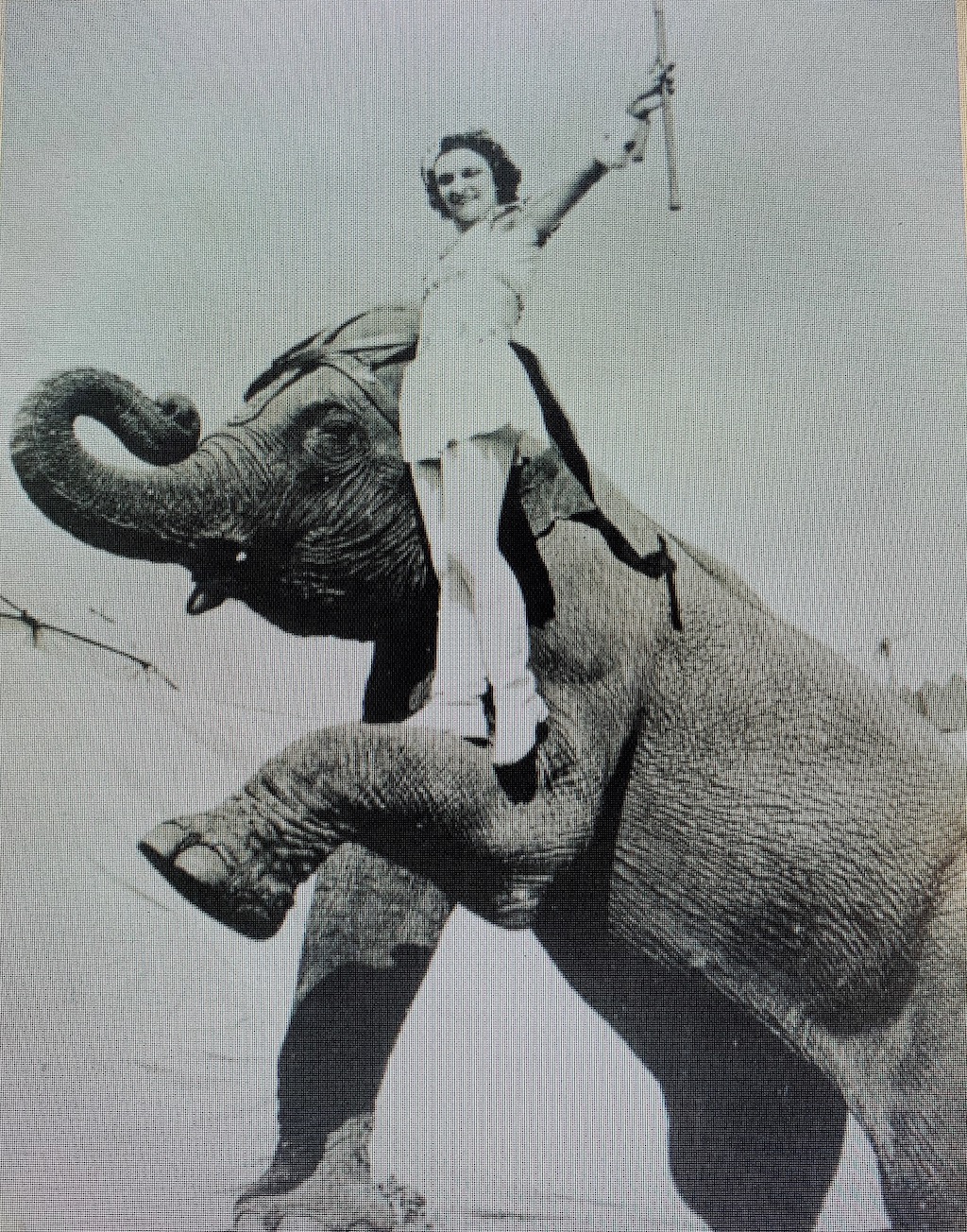 A posse of police, farmers and circus officials chased the elusive elephant through Wabash and Huntington counties creating havoc in her path. Fascinated bystanders were said to have climbed trees and peered through windows to catch a glimpse of the fugitive elephant. Newspaper reporters and photographers arrived to follow the escapades for fascinated nationwide readers.

When local farmer Kenneth Kindley stopped and seemed to present a challenge in Modoc’s path, the frightened elephant sat on him. “Mr. Kindley didn’t die but he walked with crutches for the rest of his life,” TJ says, adding that Kenneth Kindley died in 1992 at age 89. “He did live a long life after Modoc sat on him.”

As for Modoc, the end of her runaway adventures came in a woody thicket on the Claude Kreig farm, nine miles south of Wabash in Huntington County. It was there that circus trainer Ezra Smith lured the frightened elephant into a circus trailer by creating a trail of brandy-soaked bread.

“Modoc was both hungry and thirsty. She had lost 800 pounds during the five days she was loose,” TJ says. “Elephants like to drink and not just water. In the wild, elephants will seek out fermented fruit. So 30 loaves of bread soaked in brandy got her attention.”

Munching the route of brandy bread, Modoc leisurely walked into her waiting elephant trailer. “They poured the rest of the brandy down her snout. She had gotten sinusitis while she was loose and the brandy cured that,” TJ says. “Except for losing 800 pounds, she was in good shape and gained that weight back pretty quick.”

The Great American Circus never returned to Wabash again but the legend of Modoc lives on in the city where the story is told in the Wabash County Museum. Painted elephant statues can be seen around town and the old Bradley Bros. Pharmacy where Modoc scarfed up shelled peanuts is now Modoc’s Market.

“We bought it in 2002 and my wife Angie named it after Modoc,” says Michael Beauchamp, owner of Modoc’s Market. “My wife had written a term paper in school about the elephant who had gotten into a lot of mischief for five days. So that seemed like a good name for this place.”

Modoc’s Market has a colorful mural on the side of the historic building depicting the tale of the runaway elephant. A large sign outside the combination coffee/gift shop as well as several artistic elephants also commemorate the 1942 event.

Sometimes, Michael will even do a historic program about Modoc’s owner, famed lion tamer Terrell Jacobs, who is buried in Falls Cemetery in Wabash. “He was the original Lion King before there was a Lion King,” says TJ. “As a 13-year-old, Terrell Jacobs saw a circus and was fascinated by it. So he ran away to join the circus.”

Born Sept. 16, 1903, in Marion, Terrell was acknowledged as one of the world’s greatest wild animal trainers of all time. Training animals since he was 13, Terrell had his own wild animal act with the Hagenbeck-Wallace Circus when he was only 15.

He later appeared with other circuses including Ringling Brothers and Barnum and Bailey Greatest Show on Earth presenting the largest group of lions, tigers and leopards ever shown in the arena at one time – 52 of the cats were in the cage with Terrell.

“His star performer, lioness Sheba, was his best trained and closest to him. Terrell had taught Sheba to smile which was amazing to see,” TJ says. “Sheba would protect him when they were in the cage together. Terrell had more than 500 stitches in his life but always survived.”

Terrell was even pictured on the cover of a Wheaties cereal box in the 1930s. In 1927, Terrell married a circus aerialist named Dolly. “She learned how to train elephants and lions and tigers,” TJ says.

When the couple divorced in 1944, Dolly got Modoc and moved to Los Angeles where the famous elephant appeared in a couple of movies. Modoc died in 1966 at age 36. Dolly died in 1979.

Although Terrell had been appearing in Texas with his animal act, he returned to Indiana to be with his family for the 1957 Christmas holidays. He died of a heart attack on Christmas Eve.

Story and photos by Jackie Finch