and the Travel + Leisure World’s Best Awards, the line has renamed itself as American Queen Voyages

American Queen Steamboat Company is celebrating its 10th birthday with a grand new award. For the first time in its decade history, the U.S. flagged cruise line has been named among “The World’s Best” river cruise lines by Travel + Leisure.

American Queen Steamboat Company is the only dedicated U.S. cruise line included in the 2021 awards category.

“We are incredibly honored to make our debut in the Travel + Leisure World’s Best Awards,” Shawn Bierdz, president of American Queen Steamboat Company, said in a news release. 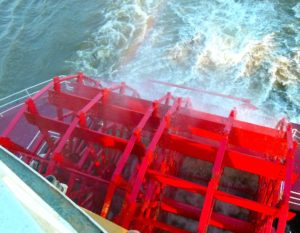 “Thanks to the hard work and dedication of our team, as well as the unwavering support of our loyal guests and partners, we christened and debuted the new American Countess and were able to resume operations across our entire fleet this year,” Bierdz said. “We are grateful to have these experts and our U.S. cruise experience recognized by such a highly-regarded travel authority.”

American Queen Steamboat Company began a phased restart in March 2021 under SafeCruise protocols and became the only fully vaccinated U.S. river cruise line for both guests and crew effective July 1, 2021.

All guests must show proof of COVID-19 vaccination with their vaccination card prior to pre-cruise hotel check-in. SafeCruise polices are subject to municipality and state rules based on current regional conditions and may be modified without advance notice to adhere to local health and safety guidelines.

Travel + Leisure’s annual World’s Best Awards were created in 1995 to give readers the opportunity to cast their votes for the best in travel, tourism and hospitality. With categories ranging from hotels, islands, cities, cruise lines, airlines, spas and more, the 2021 awards were especially important in celebrating travel following a year of unprecedented change. 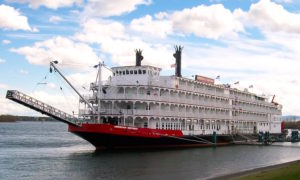 For the cruise awards, readers rated individual cruise ships on a number of touchpoints ranging from facilities and cabins to food and service to itineraries and destinations. Those votes were then combined to generate an assessment for the awards’ five cruise categories, including river cruising.

American Queen Steamboat Company ranked fifth overall in the Top River Cruise Lines category. The cruise line offers itineraries on the Mississippi, Ohio, Tennessee and Cumberland rivers, as well as in the Pacific Northwest on the Snake and Columbia rivers.