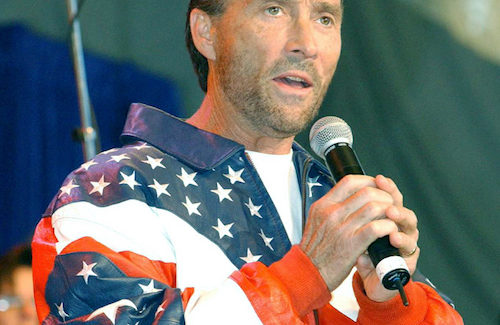 When the American Duchess riverboat stops in Clarksville this year, a special guest will board the paddle wheeler and entertain passengers with his signature tunes.

Music legend Lee Greenwood will visit with passengers aboard the vessel before taking the stage with the American Duchess Ensemble.

“During my career, I have had the privilege of performing in unique venues across the nation. However, there is nothing like taking the stage onboard the American Duchess,” Greenwood said in a news release.

“There is no better music than the natural sounds of the paddlewheel churning the river and exchanging stories with guests,” he said. “I look forward to reuniting with my riverboat family later this year.”

Other Greenwood hit songs include “I.O.U,” “Dixie Road,” Going, Going, Gone,” “I Don’t Mind the Thorn,” and “Hearts Aren’t Made to Break.”

The great rivers of America have long served as conduits for spreading the music of the nation whether it has been the sound of Kentucky bluegrass, the country classics of Nashville, the strains of the Delta blues or the rock and soul of Memphis.

Through countless iconic performances onboard American Queen Steamboat Company’s vessels, Greenwood’s famed country sounds and patriotic anthems have become intertwined with the rhythms of the river.

“Lee Greenwood is a special member of the American Queen Steamboat Company family, and we are thrilled to welcome him back on our storied stage,” John Waggoner, company CEO, said in a news release.

“A cruise highlight for many of our guests is taking in one of Lee’s engaging performances in one of our many intimate venues, like the Show Lounge aboard the American Duchess,” Waggoner said. “Our guests can once again plan a holiday around seeing Lee perform as part of our 2021 season with three performances during the season.”

2021 sailings which will feature Lee Greenwood performances are:

Cruises include a one-night stay before the cruise in the departing city.

Holland America Line to Restart Cruising from Greece in August 2021