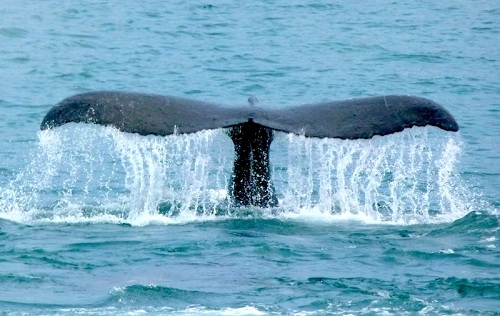 “It feels like you are going back in time, back to the Ice Age,” says Ranger Fay Schaller as the Wilderness Explorer enters Alaska’s Glacier Bay. “We are traveling on one of the most beautiful places in the world.”

Accessible only by sea or air, Glacier Bay National Park is recognized as a biosphere reserve, as established in 1986 under the Man & Biosphere program of the International Coordinating Council. In 1992 the 3.3-million-acre park also became a UNESCO World Heritage Site.

Aboard the Wilderness Explorer, we will spend three days in Glacier Bay, not merely cruising past the astounding scenery but actually stopping to go ashore, paddle a kayak or ride in a skiff.  To see Glacier Bay is to enjoy nature in its primary stages.

First, our ship stops at the Glacier Bay Ranger Station headquarters in Gustavus, a town with less than 500 year-round residents and the official entrance to the park. Here we pick up Ranger Fay who will be with us for our entire visit in Glacier Bay.  Some passengers and crew make a quick visit to the Glacier Bay Lodge to use the Wi-Fi for a last check of Internet and cell phones. During the rest of our cruise, we will have neither.

But, oh, the beauties we will see. No technology can compete with what Mother Nature has to offer.

When English navigator and explorer George Vancouver first sailed the Alaska coast in 1794, Glacier Bay did not exist. It lay beneath a sheet of glacial ice several miles wide and thousands of feet thick.  Glacier Bay was all glacier and no bay. The 400-foot-thick wall of ice was 20 miles wide and more than 100 miles long. Since then, in one of the fastest glacial retreats on record, the ice has shrunk back 65 miles to unveil new land and a new bay.

“Three hundred years ago, you would have seen ice,” Ranger Fay says. “We are traveling on one of the greatest retreats that ever happened.”

Living in the shadow of the great glacier, the native Tlingit people found all they needed to prosper. “The Tlingit people were here for thousands of years until about 300 years ago,” Ranger Fay says. “A natural disaster unheard of at the time chased them out of their homeland.”

Around 1750, the dormant glacier began to move. “It was a very dramatic movement in a very short period of time,” she says. “The Tlingits were forced to leave quickly without any warning.”

The glacier has been receding ever since. When naturalist John Muir visited in 1879, it had retreated 48 miles. What John Muir saw was breathtaking – “a picture of icy wildness, unspeakable pure and sublime.” In 1916 it was 65 miles shorter.

Today, it is almost completely back onto dry land, with just a few spurs hovering above saltwater. Scientist are studying the phenomenon, hoping to learn how glacial activities relate to climate change.

“We like to say that glaciers eat mountains for breakfast,” Ranger Fay says. “Most glaciers all over the world are melting away very quickly.”

In the 1960s cruise ships began entering Glacier Bay regularly. Today, entrance to Glacier Bay is closely guarded in order to protect the delicate environment so cruise lines must apply for permits to visit. A limited number of permits are issued each year for ships which meet the strict criteria.

The scenery is spectacular. The park includes 16 tidewater glaciers with 12 actively calving icebergs into the bay. Wildlife abounds, from sea birds to shore-bound birds. Whales cavort in the waters. Steller sea lions trumpet their songs from icy islands. Orca killer whales patrol for prey. Wolves and bears prowl the shores. Goats nestle in the rocky crags.

Even though we edge near the icy creations on the Wilderness Explorer and in our kayaks and skiffs, we don’t get too close. Without warning, columns of blue ice can smash into the sea with a primeval roar. Known as calving, the falling ice can create strong waves and toss house-sized chunks of ice.

“The Tlingits have a name for caving,” Ranger Fay says. “They call it ‘white thunder.’”

Seems like a very descriptive name for an almost indescribable feature of Glacier Bay.

There are lots of great options to sail Alaska and get a chance to see Glacier Bay. Click here to start planning your Alaskan adventure today!

The Best Beach in the Caribbean