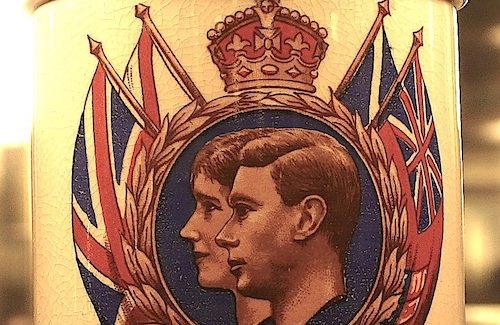 You never know who you are doing to meet or what a topic of conversation might be on a cruise ship.  On a 2019 S.S. Legacy cruise on the Columbia and Snake rivers, my dinner companions were talking one night about gourmet mustard.

Gourmet mustard, you might ask? When I was growing up, we had one kind of mustard. That’s it.

Anyway, my new shipboard friends mentioned a museum they said I probably never knew existed. Well, it just so happens that I have visited that same museum and know the fascinating tale behind it.

Disappointment at a lost ballgame is what turned “a mild-mannered attorney” into the world’s leading mustard master.  “A little voice told me to do it and here I am,” Levenson said, gesturing around his National Mustard Museum in Middleton, Wisconsin.

On that life-changing day in October 1986, Levenson was watching his beloved Red Sox on the verge of winning the World Series. Victory seemed assured. Levenson popped a bottle of celebratory champagne.

“Then civilization as we knew it ended with Bill Buckner,” Levenson recalled. A fielding mistake by the Red Sox first baseman set up a seventh World Series game and the Red Sox lost.

So devastated that he couldn’t sleep, the man who grew up in Boston went to an all-night supermarket to pass the time. Wandering the aisles in the middle of the night, Levenson told himself he should get a life, that he was crazy for letting a ballgame make him so depressed.  Then he heard a voice say, “If you collect us, they will come.’”

Looking around, Levenson found himself in the condiment aisle, standing in front of the mustard section. “That’s how it all started,” he said with a grin. “That’s a true story.” 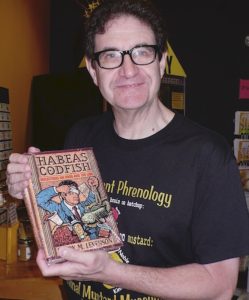 Since then, the former assistant attorney general for the State of Wisconsin has collected more than 5,300 different mustards from all over the world. “It’s a universal condiment,” he said. “And it’s been around forever. The Romans used it and Shakespeare mentioned it in four plays. He never wrote a word about that condiment-come-lately ketchup.”

Continuing his high-powered legal profession, Levenson also indulged in his mustard hobby. In fact, while in Washington, D.C., to argue a case before the Supreme Court, Levenson spied a mustard jar on a discarded room service tray in the hallway of his hotel.

“It was a mustard I didn’t have,” Leveson explained. “Should I take it? Would that be dishonest? I looked around, saw that no one was looking and pocketed the mustard.”

With the small jar of mustard still in his left pants pocket, Levenson argued his case before the Supreme Court. “It seemed poetic to me that the mustard should be in the court once graced by the likes of Justice Felix Frankfurter and Justice Warren Burger.”

It was a spirited argument but Levenson won Griffin v. Wisconsin, 1987.  Was it his brilliant legal wrangling or the magical mustard in his pocket? Whatever, the small jar of Dickinson’s mustard now has a place of honor in the growing collection.

In 1991, Levenson left his attorney job and opened the world’s first mustard museum in Mt. Horeb, Wisconsin. He moved the museum to Middleton in April of 2010 and it has been drawing mustard lovers ever since.

“If someone comes in here and says they don’t like mustard, I tell them they just haven’t tasted it yet. It’s so much more than that yellow stuff that so many people are used to,” Levenson said.

Home of the world’s largest collection of mustard and mustard memorabilia, the museum has mustard from all 50 states and more than 60 counties, including antique mustard pots, tins and vintage advertisements. 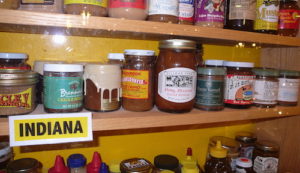 Mustard collection from all 50 states, Photo by Jackie Sheckler Finch

One of the most valuable artifacts is the King’s Mustard Pot – a rare official souvenir celebrating the visit to Canada in 1939 of England’s King George VI and his wife Elizabeth.

“King George was the subject of the movie ‘The King’s Speech’, the story of young Prince Albert (Bertie) and his struggles to overcome debilitating stammering,” Levenson said.

The museum is also home to Poupon U. with its official cheer: “Who needs Harvard, who needs Yale? At Poupon U, you’ll never fail!”

Visitors can buy Poupon U. degrees – including “Doctor of Diddley Squat” and “Juris Dufus” – as well as sweatshirts, mugs and even a toilet seat with the university’s yellow mustard pot seal.

Other museum highlights include the world’s only mustard vending machine (where visitors can actually buy a jar of mustard), the Great Wall of Mustard with mustards from every state, MustardPiece Theatre where you can learn the history of the condiment, plus a gift shop, tasting bar and Mrs. Mustard’s Kitchen where you can learn how to spice up your cooking with mustard. 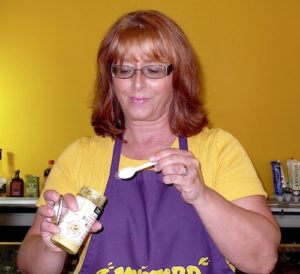 And, yes, there really is a Mrs. Mustard. Married since 1996, Levenson and his wife Patti met at a mustard tasting.

“It was love at first squeeze,” he joked. “We’re having the time of our lives.”

For more information: Contact the National Mustard Museum at (800) 438-6878, www.mustardmuseum.com.

Cover photo by Jackie Sheckler Finch: One of the museum’s most valuable artifacts is the King’s Mustard Pot.

Give the Gift of Travel! Introducing the Regent Suite