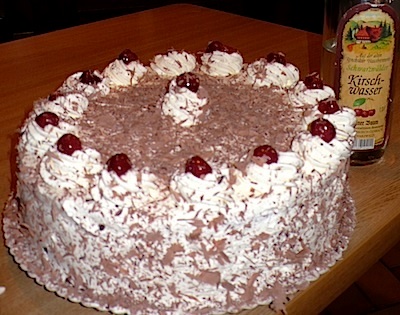 A young boy on my Black Forest tour said he was a bit afraid of what might lurk in the dark woods. His sister expected to see fairy tale princesses. His father hoped to buy a handmade cuckoo clock. And his mother was seeking a recipe for the famed Black Forest Cake.

It’s strange what the words “Black Forest” can conjure up for first-time visitors. Some of those preconceptions are correct. Some aren’t.

First, guide Margritta told us, the popular site in Germany got its mysterious name not from the fact that it is dark and scary. “It’s because the conifer trees are so thick and leafy that they block out most of the light,” she said. “It is really a beautiful place.”

A popular stop on Rhine River cruises, the Black Forest is a wooded mountain range in Southwestern Germany. The forest mostly consists of pines and firs. “Those trees never lose their leaves so the forest is always shaded but it is not black,” Margritta said.

The forest and villages look as though they have stopped the hands of time, giving visitors a glimpse into what ancient Germany might have been like. The Black Forest does have a rich mythological tradition filled with werewolves, witches, fairies and dwarves.

“Legend says that the Brothers Grimm were inspired by the Black Forest when they wrote their stories,” Margritta said, referring to the authors of Snow White, Cinderella,  Rapunzel, Hansel and Gretel and many more.

What makes it special, Margritta says, “besides all the good cream and cherries is the wonderful Black Forest cherry brandy Kirsch. So you have to buy some of the Kirschwasser to take home and make your cake.”

I did see several travelers buying the Kirsch. Maybe to make cake. Maybe to drink. Kirschwasser also can be ordered online.

Before we left, Margritta shared another bit of interesting trivia. Supposedly, she said, the colors of the Black Forest Cake follow what the Brothers Grimm described in Sleeping Beauty – the girl was born with skin as white as snow, lips as red as cherries and hair as black as ebony.

“Those are the colors in the cake and in the traditional dress worn by women of the Black Forest,” Margritta say. “The blouse they wear is as white as the cream. The bollenhut (hat with big puffy red balls on top) is as red as the cherries. And their dress is as black as the chocolate shavings.”

3 leaves of gelatin to stiffen the cream