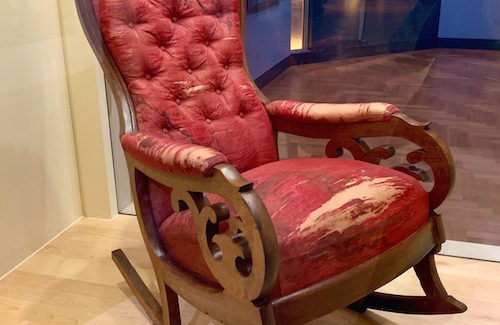 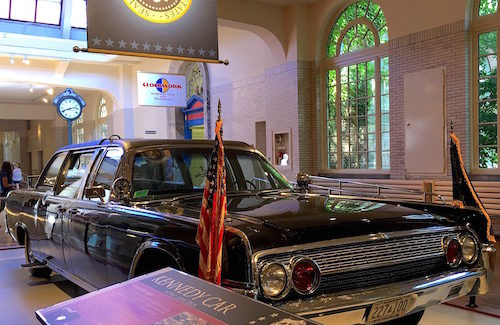 A glass vial with the dying breath of famed inventor Thomas Edison.

A folding camp bed that General George Washington actually slept in during the Revolutionary War.

Henry Ford was a collector. As one of the world’s first billionaires, Ford had the money to collect whatever struck his fancy. Instead of expensive works of art or precious gems, however, Ford liked to save pieces of everyday life from the past.

“The reason why a lot of these things still exist is Henry Ford,” says Kaitlin Scharra Eraqi, supervisor of museum programs at the Henry Ford Museum in Dearborn, Michigan. “Here we present 300 years of history with a wide range of things.”

A quote from Ford explains why he was so interested in his unusual collection:

“When I went to our American history books to learn how our forefathers harrowed the land, I discovered that the historians knew nothing about harrows,” Ford says. “Yet our country has depended more on harrows than on guns or speeches. I thought that a history which excluded harrows and all the rest of daily life is bunk and I think so yet.”

Born July 30, 1863, in Dearborn, Henry Ford was the oldest of six children of first-generation Irish farmers, William and Mary Ford. Not rich, but far from poor, the Fords had a secure home life. By all rights, Henry probably should have become a farmer. But at 16, and against the wishes of his father, Ford left the farm for Detroit, where he found work as a mechanic’s apprentice.

Ford advanced steadily and became chief engineer at the Edison Illuminating Co.  At 24, Ford married Clara Bryant, a friend of his sister’s. He called his wife “The Believer” because she encouraged his plans to build a horseless carriage from their earliest days together.

In his spare time, Ford tinkered with creating that motorized vehicle. Part of his legacy is that Ford created a mass-produced automobile that was affordable for many common folks. He may have contributed more than any other individual – besides his friend and mentor Thomas Edison – to the reality of the modern world.

Ford also developed an obsessive collection of historical memorabilia and commonplace items like toasters, farm machinery, kerosene lamps and steam engines. In 1919, the city of Dearborn decided to widen a number of streets. Ford’s beloved boyhood home stood directly in the path of development. It seemed ironic that the house was about to be destroyed due to the rush of traffic that Ford helped create.

But Ford found an ideal solution. He moved the entire house and it became the beginning of his Greenfield Village that today contains nearly 100 structures. By 1920, Ford had decided to start a museum that would emphasize industrial history and thereby “give people a true picture of the development of the country.”

The best way to create this picture, Ford decided, was to have two parts. An exhibit hall would display inventions and artifacts that recorded man’s technological and cultural progress. An adjacent outdoor village of residential, commercial and industrial architecture would show how those objects were made and used.

He named the entire complex The Edison Institute, in honor of the man who encouraged Ford when he was developing his automobile and who embodied, the carmaker believed, practical genius.

Ford greatly admired Edison, who routinely came pretty close to his goal of creating one major invention every six months and a minor one every 10 days. Edison patented 1,097 inventions.

Displayed at the entrance to the museum is a cornerstone with Edison’s signature and footprints, along with legendary horticulturist Luther Burbank’s spade. It commemorates the dedication of the site on Sept. 27, 1928.

The opening of the new museum and village would take place a year later.Ford decided that Oct. 21, 1929, would be the date since it marked the 50th anniversary of Edison’s first successful experiment with a suitable approach to manufacturing an incandescent lamp.

In the best of all possible worlds, it would be nice to spend one day in the Ford Museum and another at Greenfield Village. There is plenty to see at both.

Among the most popular museum exhibits is the one on Presidential Vehicles. It features the Theodore Roosevelt horse-drawn Brougham, Franklin D. Roosevelt Sunshine Special, Dwight D. Eisenhower Bubbletop and the 1961 Lincoln where JFK was riding when he was assassinated in Dallas on Nov. 22, 1963.

The Reagan presidential limousine is where Reagan took refuge on March 1, 1981, to escape would-be assassin John Hinckley’s gunfire. Going into service under President Nixon, the limo is also the car in which President Ford was riding when an attempt was made on his life. This is the last presidential limo that will be preserved. All presidential cars are now destroyed by the Secret Service for security reasons.

One of the museum’s recent vehicle acquisitions invites visitors to step aboard and sit where Rosa Parks rode on the day she refused to give up her seat. Even years after the 1955 incident shook the country, Montgomery, Alabama, had no clue about the significance of that little bus.

City transit officials took it out of service in 1971 and sold it to a man who threw the seats down a ravine to make more room for his tools. When the vehicle quit running, wild animals eventually moved in and the bus was used for target practice.

Finally, someone realized its historic value and put it on the auction block. The 36-passenger bus was sold in 2001 for $492,000 to the Ford Museum. The museum spent another $318,00 restoring the bus to the way it looked the day Parks boarded it and sparked the modern Civil Rights movement.

When I visited, an elderly woman sat on the bus and began softly weeping. It was tears of joy, she told me, that the bus had been preserved as an actual witness to an important chapter in American history. Such a remarkable legacy that Henry Ford has left to the world.