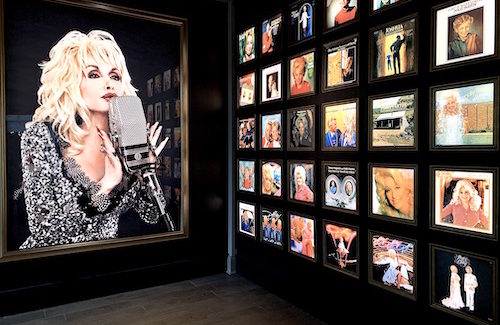 The classic story of “The Little Engine That Could” tells the tale of a determined little engine that, despite its size, triumphantly pulls a train full of toys to the waiting children on the other side of the mountain.

Currently 1.4 million children receive a book each month. Through the program, children enrolled the first month after birth receive a free, brand-new, age-appropriate book once a month in the mail.

The first book is “The Little Engine That Could.” The last book when a child turns 5 is “Look Out Kindergarten Here I Come.”

Music was an important part of Parton family life. When Dolly was 7, her Uncle Bill Parton gave her a guitar. Three years later, she got a big radio job.

“I met Carl my first day in Nashville at the Wishy Washy Laundromat,” she says. Owner of an asphalt paving business in Nashville, Carl Dean has always shunned publicity.